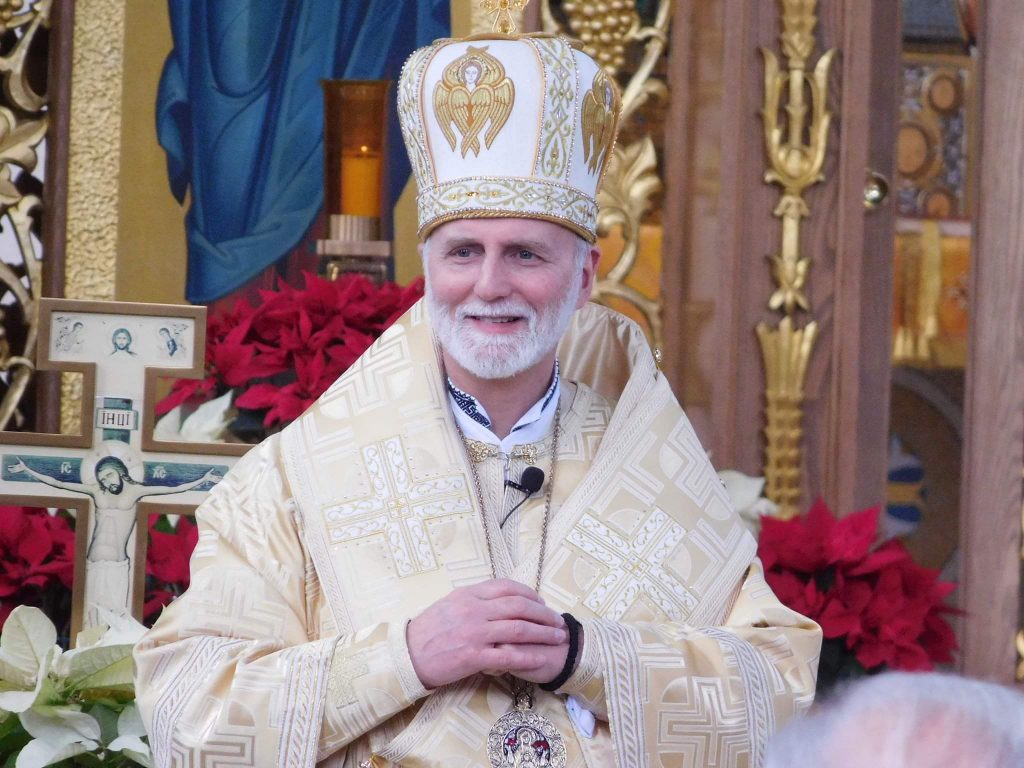 On Monday, February 18th, 2019, the Vatican Information Service announced that the Holy Father has appointed Most Rev. Borys Gudziak as Archbishop of Philadelphia for Ukrainians and Metropolitan for the Ukrainian Catholic Church in USA and thus concurring with the recommendation of the appointment offered by the Synod of Ukrainian Catholic Bishops, which met in September of 2018 in Lviv, Ukraine.

Bishop Andriy Rabiy, Apostolic Administrator, Bishop John Bura, Auxiliary Bishop, clergy, monastic orders and faithful of the Archeparchy of Philadelphia wholeheartedly and joyfully welcome the news and invite everyone to the installation of Most Rev. Borys Gudziak as the seventh Metropolitan-Archbishop for the Ukrainian Catholic Archeparchy of Philadelphia, which will take place on Tuesday, June 4, 2019, at the Ukrainian Catholic Cathedral of the Immaculate Conception in Philadelphia, PA

Biography of Most Rev. Borys Gudziak, the  new Metropolitan-Archbishop of the Ukrainian Archeparchy of Philadelphia.

Eparch (Bishop) of the Paris Eparchy (Diocese) of St. Volodymyr the Great for France, Switzerland and Benelux (Ukrainian Greek Catholic Church), member of the Conference of French Catholic Bishops (La Conférence des évêques de France)
Head of the Department of External Church Relations and Member of the Permanent Synod of the Ukrainian Greek Catholic Church
President of the Ukrainian Catholic University, Lviv, Ukraine
Borys Gudziak was born in 1960 in Syracuse, New York, the son of immigrants from Ukraine. He earned a bachelor’s degree in philosophy and biology from Syracuse University in 1980 and then studied in Rome, in the circle of Patriarch Josyf Slipyj. He received a STB degree in theology from the Pontifical Urban University in 1983 and then returned to America to pursue a doctorate in Slavic and Byzantine Cultural History at Harvard University, which he successfully defended in 1992. In 1995 he earned a licentiate in Eastern Christian studies from the Pontifical Oriental Institute.

In 1992, he moved to Lviv where he founded and directed (1992-2002) the Institute of Church History. In 1993, he was appointed Chairman of the Commission for the Renewal of the Lviv Theological Academy. From 1995 until 2000, he served as Vice Rector of the Lviv Theological Academy, then as Rector from 2000 to 2002. In that year, Gudziak became Rector of the Ukrainian Catholic University (founded on the basis of the Academy), and in 2013 its President.

In 2012 he was appointed Bishop of the Ukrainian Greek Catholic Church in France, Belgium, the Netherlands, Luxemburg and Switzerland. Bishop Borys also serves as a member of the Permanent Synod of the Ukrainian Greek Catholic Church and as a head of the Department of External Church Relations. In 2016, with the help of American consultants with experience in church administration as well as business, Bishop Borys launched a program of strategic pastoral planning to create an eparchial vision for its future activity and growth, increased the number of priests and parishes, established a new financial model for the eparchy’s sustainability, and widely engaged the laity.

During the 2013-2014 Maidan movement for human dignity, Bishop Borys was an active supporter and appeared regularly on leading global TV channels and media providing expert commentary.

Bishop Borys has received numerous awards and distinctions. In 2015 he became a Cavalier of the Order of Legion of Honor (Chevalier de l’Ordre national de la Légion d’honneur), the highest decoration in France. In 2016 he was awarded the Jan Nowak-Jeziorański Award in Wroclaw, Poland, in recognition for his work in shaping civil society in Central and Eastern Europe. In 2018 he received an honorary doctorate from his alma mater, Syracuse University, and a literary award from the Ukrainian chapter of PEN International. He travels globally with lectures and talks on theology, history, spirituality, education, society, and current challenges in Ukraine.

He speaks English, Ukrainian, Italian, Polish, French, Russian, and German. Bishop Gudziak is the author of a number of scholarly works, among them a doctoral dissertation on sixteenth-century church history, published as Crisis and Reform: The Kyivan Metropolitanate, the Patriarchate of Constantinople, and the Genesis of the Union of Brest (Cambridge, Mass.: Harvard University Press, 1998), as well as numerous articles in European and North American academic journals. He has also penned articles in popular magazines, newspapers, commentary on political, cultural, and religious affairs, position papers on academic curricula and educational reform, and introductions to scholarly and spiritual publications. Bishop Borys is among the authors of A Pope Francis Lexicon,edited by Cindy Wooden and Joshua J McElwee (Collegeville, Minn.: Liturgical Press, 2017) and a collection of essays about the future of Europe.

He continues to be an active member of the “Plast” Ukrainian Scouting Organization and the head of its supervisory board. Bishop Borys Gudziak is an honorary citizen of Lviv.